Email ThisBlogThis!Share to TwitterShare to FacebookShare to Pinterest
I apologize for the lack of posts last week. I was in Chicago for business where several things happened:
1. Attended the Bears-Steelers game.
2. Caught a horrendous cold. 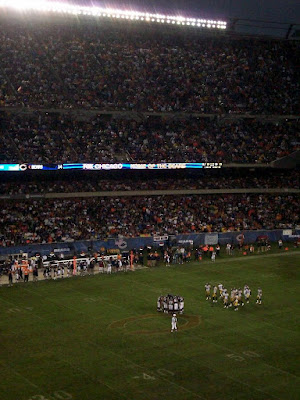 Even though my boys lost, I had a fantastic time. The crowd was energetic, and there were a surprising number of Steelers fans present, which helped me overcome my fear of wearing my Steelers gear at a Bears game. It rained off and on, which gave the full fall football effect, and probably also contributed to my cold.

Monday morning, I felt it. The slime in my head, the itchy throat. Every morning I downed several glasses of OJ and lemon herb tea. Might've helped me through the morning, but I'd lose my voice by the afternoon. Fun way to work.

Got back into town Wed night. Went into the office on Thurs and I was fine. Took a vacation day on Friday - spent it mostly in bed. My head exploded. All weekend I fought a runny nose, nasty cough, raspy voice, headache, and 100 degree LA weather. 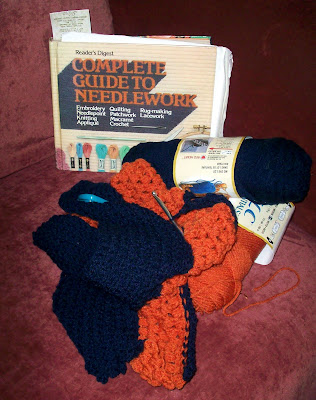 Now that I'm feeling better, I've started a new project. Since our vendor's VP, who took me to the game, mentioned he goes to all the home Bears games and sits in negative degree weather, I'm going to give him a homemade blankie as a thank-you gift for a fun day at the park.

Anywho, I also have several more projects on the assembly line, so keep your eyes tuned for some Halloween fun!