Email ThisBlogThis!Share to TwitterShare to FacebookShare to Pinterest
For Joe's birthday, I wanted to do something fun. And as we complain about getting older, I decided to throw him an adult kid's party. Theme = Batman!

I arranged all the details - the place, how I could sneak out to go decorate and cook, how to get Joe there - we were set.

As I couldn't work on any of this at home with him around, my work lunch breaks for 1-2 weeks turned into Batparty planning time.

Batball drop
I tweaked this idea I saw at Green Jello but instead of bean bags, I used ping pong balls. I googled some images of Batman villains, cut them out and mounted them on colored paper, and taped them to the inside of cups. Also threw added some river rocks inside to make sure the cup stayed upright.
I was surprisingly bad at this game. Only got the balls into the first two, while Joe went all the way. 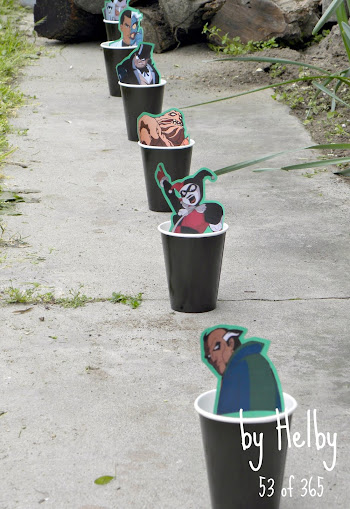 Bat-target practice
Here's one I made up. I photoshopped some pictures of other villains with a red target over them. The smaller the target, the higher the point worth. I cut out the image, glued it to the back of a paper plate, and taped the plate up on the wall. 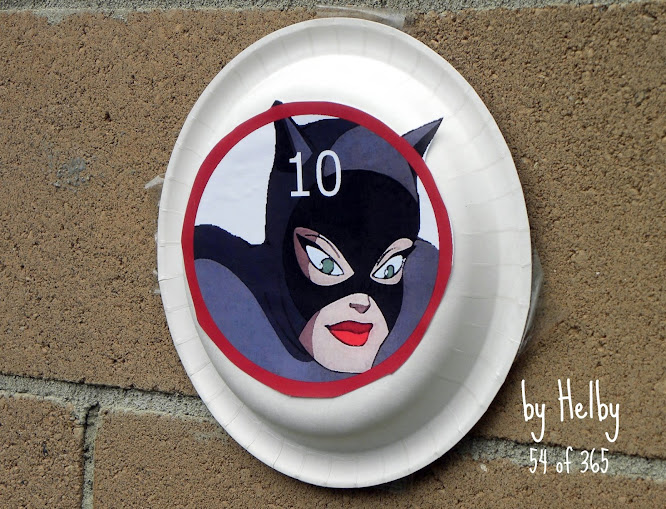 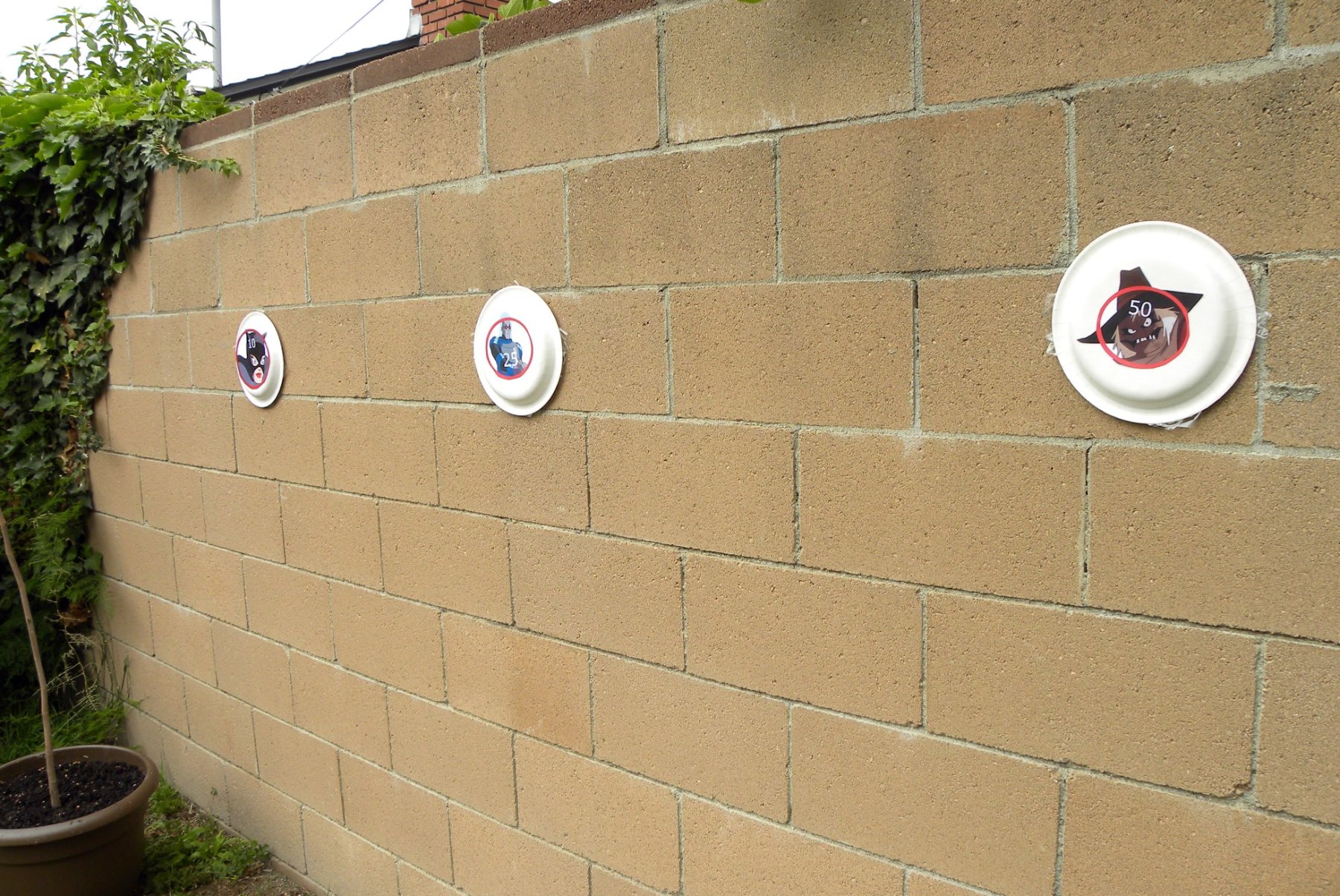 Flying Batdiscs
And what to hit these targets with? Batdiscs of course! I picked up some small frisbees from OrientalTrading.com and, with permanent marker, drew on the Batman insignia. 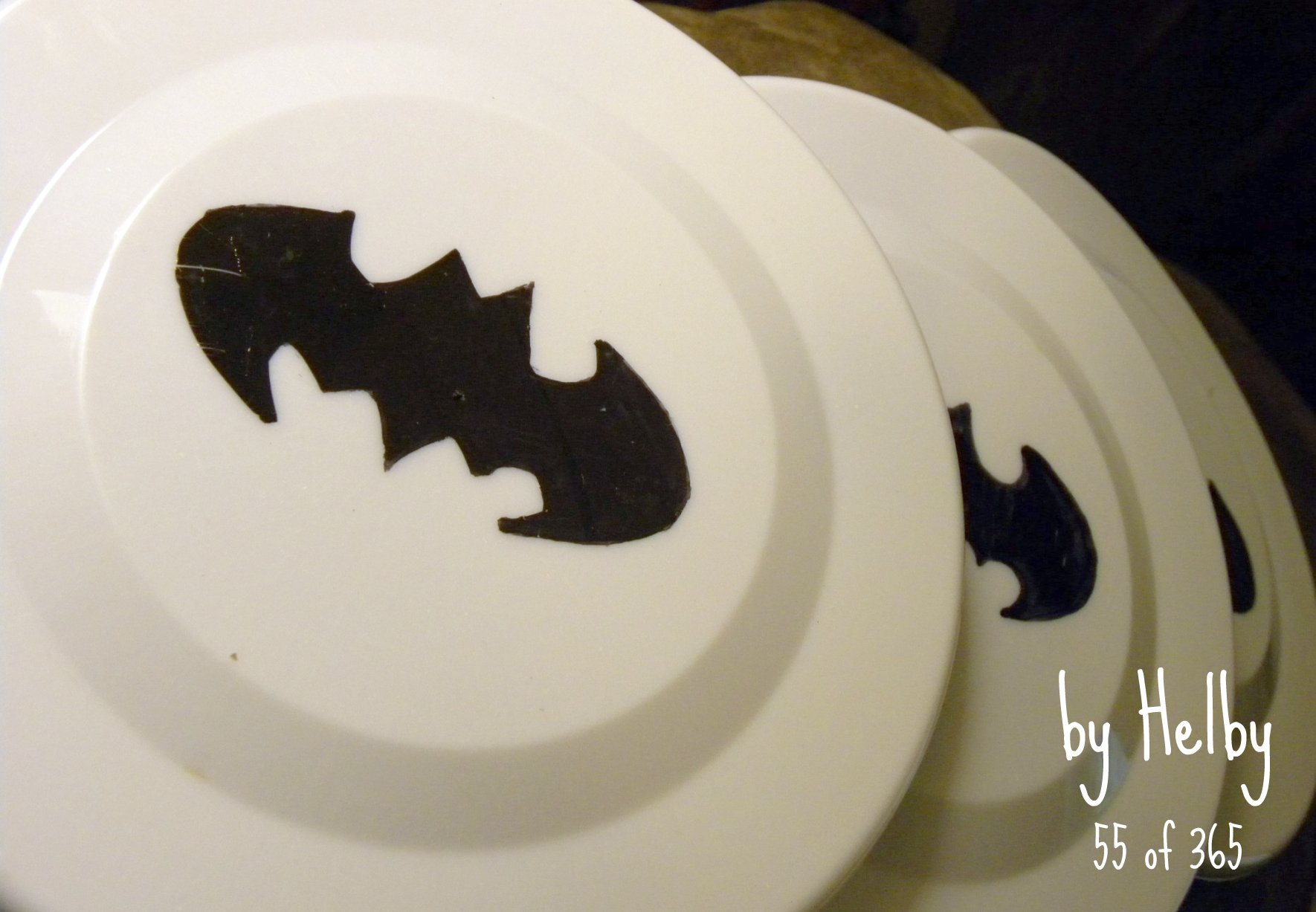 I'm not great a decorating cakes. I do alright, but definitely not under the time constraint I was that day. So I came up with the idea to make cupcakes and, with frosting, layer on the batman insignia. And it turned out great! 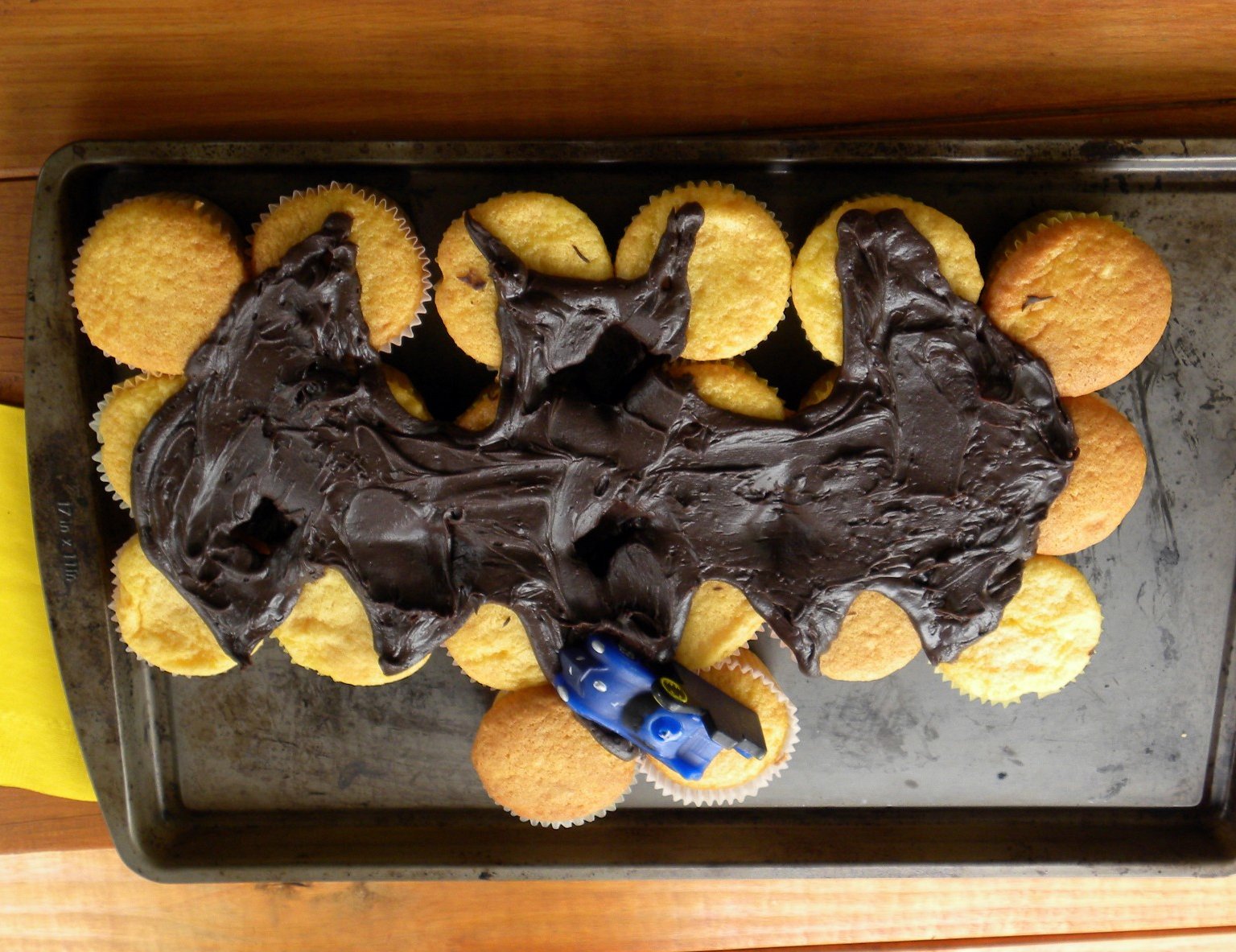 And this, I think, pleased everyone - those who love lots of frosting, and those who like just a little frosting, like me.
Tags: 365 crafts