Email ThisBlogThis!Share to TwitterShare to FacebookShare to Pinterest
Wow, have I not been productive with crafting lately.  That's gonna hurt my 365 goal.  Well, I've been working on that quilt which I should hopefully be finishing next week...since I'm on staycation!  A full week of doing whatever I want.  Can't wait.

However, I have been able to knock out a couple small things.  With some leftover beads from my GIR project, I coated some votive holder with Mod Podge, sprinkled on some beads, and topped with another coat of Mod Podge. 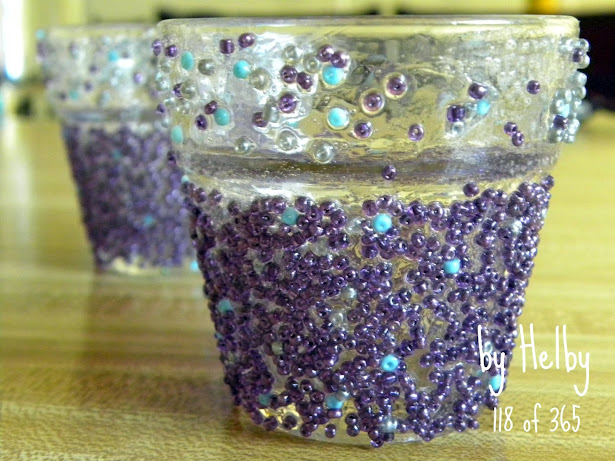 What appears to be a trend lately is wrapping bottles in yarn.  So I thought I'd give it a shot.  I was pulling out a few stash balls of yarn and then I realized - they're the colors of candy corn!  So this project has officially turned into my first Halloween project of the year! 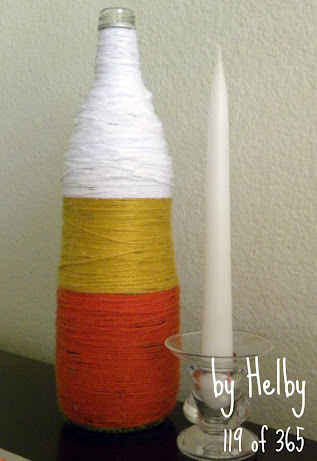