Email ThisBlogThis!Share to TwitterShare to FacebookShare to Pinterest
Time to whip up some fun with things I had laying around the house.
First off, I was given some fabric awhile ago that's just been sitting in the corner.  So I cut out a piece, hemmed up the sides, and voila - a wintery scarf. 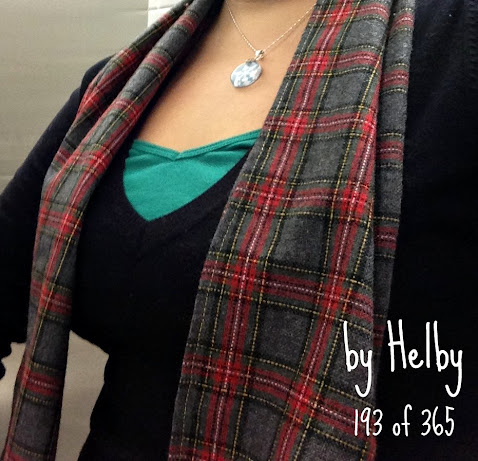 When I was back east for our early Christmas visit, I did some shopping at my favorite clothing store there once I heard it was going out of business. I ended up picking out a pair of pants that I was unsure of, but now I think they're my favorite - jersey knit, can be worn casually or dressy. Love them!
Since I'm short, I bought petite but still had to cut off a big chunk and hem them. I was about to throw the scrap away until I decided to make a headband out of it. 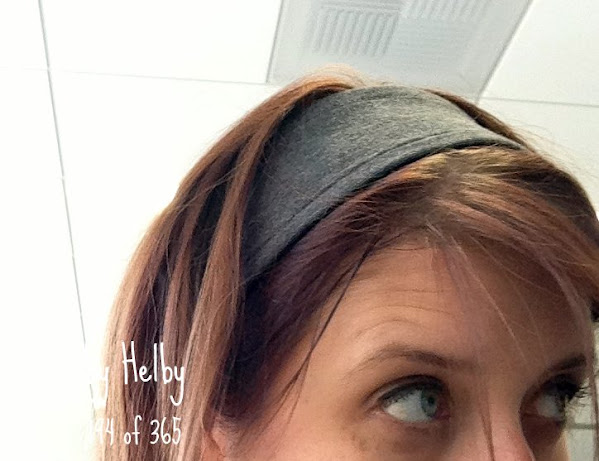 Last up, I decided to make some small flower arrangements in time for our holiday party. So I saved a couple of cans from beans, cut and attached some christmasy scrapbook paper with double-stick tape and tied on some ribbon. A pretty, and cheap, new Christmas addition. 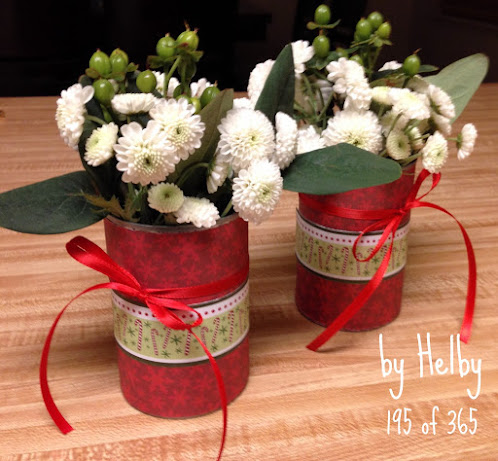