Email ThisBlogThis!Share to TwitterShare to FacebookShare to Pinterest
The Santa Ana winds are gone, so it's starting to feel like fall in LA! Plus it was actually dreary and rainy yesterday! Last weekend, we picked out our first pumpkin of the season, and it was over 80 degrees - just did not seem right. We're going again this weekend, and it should be cooler and will put us more in the spirit!


And with that, I've really been focusing on some new Halloween projects.

First up, I decided to use up some fabric scraps I had laying around, and made some small placemats for me and Joe to have dinner on at the coffee table while we watch our Halloween specials. 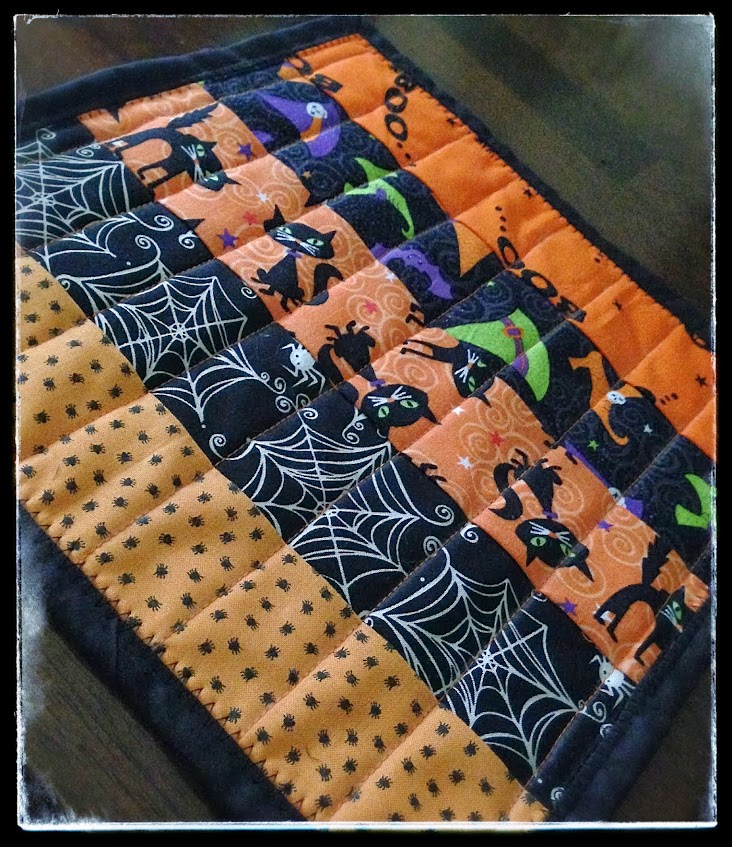 I cut 2.5" strips, didn't care about length, and stitched them together along the sides. I then squared it up, and with the cut-off fabric, I made matching coasters. 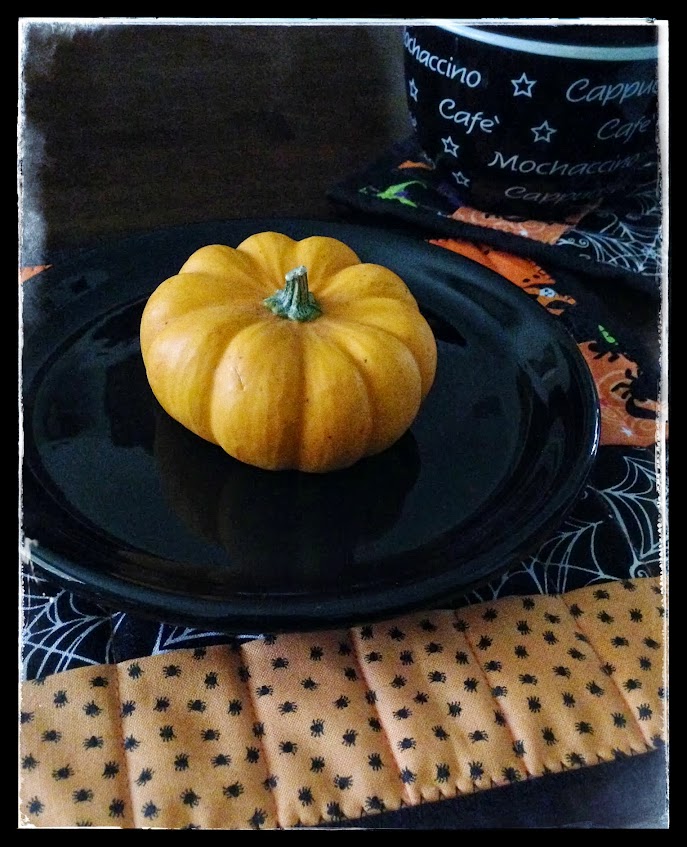 A few weeks ago, I found this pattern on Pinterest for a shawl of skulls. Unfortunately, my skein of yarn only had enough for a few rows of skulls, so rather than a shawl, I draped it along the back of our office futon. 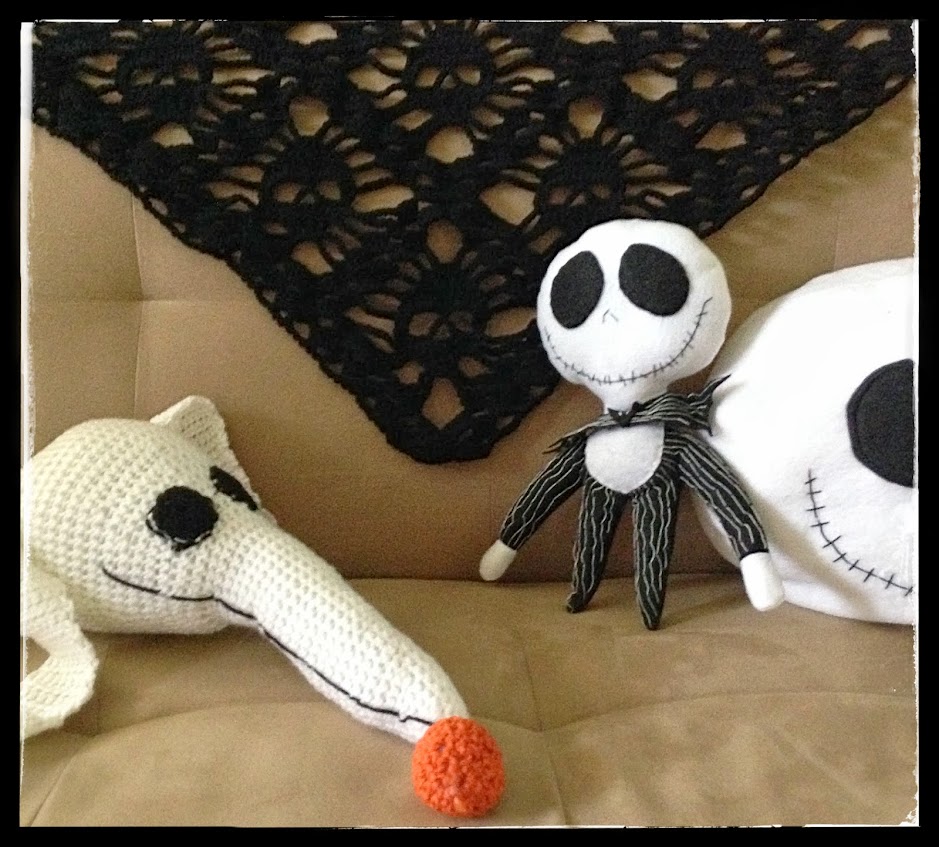 The original pattern was in Swedish, but the author tried to translate it to English. It was a bit confusing a first, and I end up pulling my stitches out several times to start over, but I eventually got the gist and was able to whip it up pretty quickly. 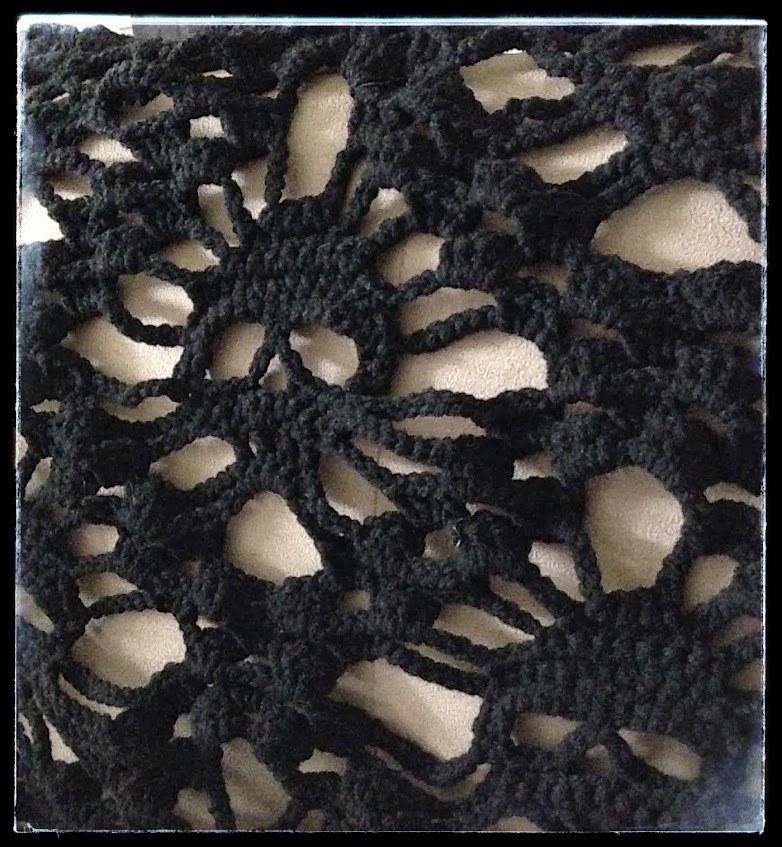