End of Summer at the Bowl

Email ThisBlogThis!Share to TwitterShare to FacebookShare to Pinterest
This weekend, we had the opportunity to see John Williams's conducting the LA Philharmonic at the Hollywood Bowl. Granted, we've seen him before, but a friend scored free box tickets, so we had Garden Box seats - Seats four people with (basically) lawn chairs and large trays for food, as you're allowed to bring your own picnic yummies.

They played music from different movies, primarily Williams's scores. And, for the Star Wars themes, it was always fun to look upon the crowd with a sea of light sabers thumping to the beat.

We'll be back at the Bowl in a couple weeks for The Simpsons Take the Bowl - the Hollywood Bowl Orchestra will be playing along to scenes from the show, and with the voice actors in person! (Back to our poor man seats, though, up in the bench seats.)

Meanwhile, though it was close to 90°, I got right to work this weekend on my Halloween quilt. All dresden flowers have been assembled, most of them are stitched onto their block... until someone forced me to stop... 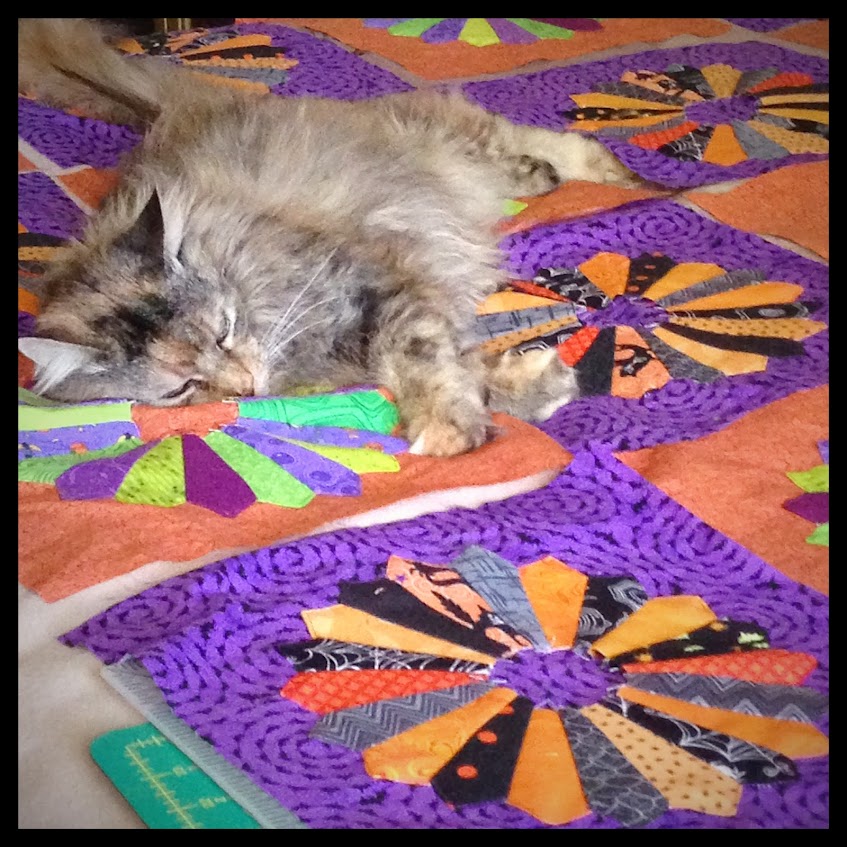 But a quilt isn't complete until a cat has slept on it, right? So I guess this gives me her permission to continue. My goal is to have it all assembled and quilted by the end of September so I can use it right away on Oct 1!