Over the river and through the woods - Baby quilts

Email ThisBlogThis!Share to TwitterShare to FacebookShare to Pinterest
This week I'm in Minneapolis for work, and enjoying it quite a bit so far as it's giving me a nice taste of autumn. Chilly hoodie weather, colorful leaves - a nice change from the 70-80 degree weather we've been having in LA.
As I recently found out that a former colleague was pregnant... with twins... and the shower was coming up soon, I was under a tight deadline to finish up my gifts and bring them to Minneapolis with me for the handoff to another colleague. And amazingly I did it! 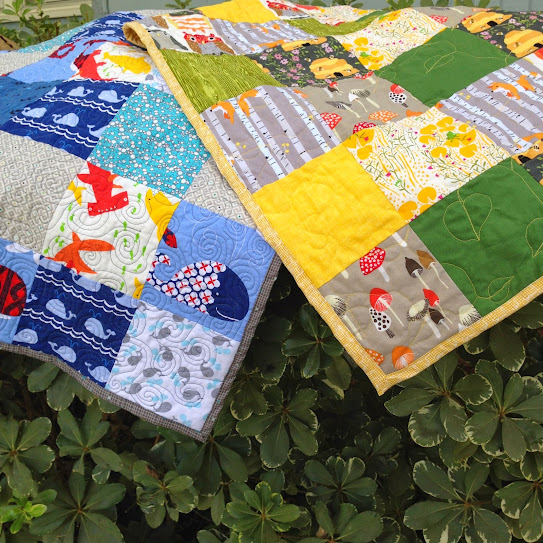 I didn't want to go with the standard blues for a boy and pinks for a girl, so instead I went with a woodsy vs. water theme. And for the stitching, did a spiral-y wave and a weaving ivy. 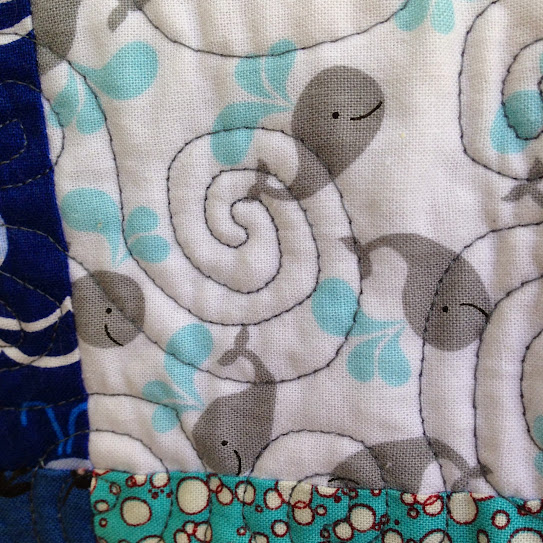 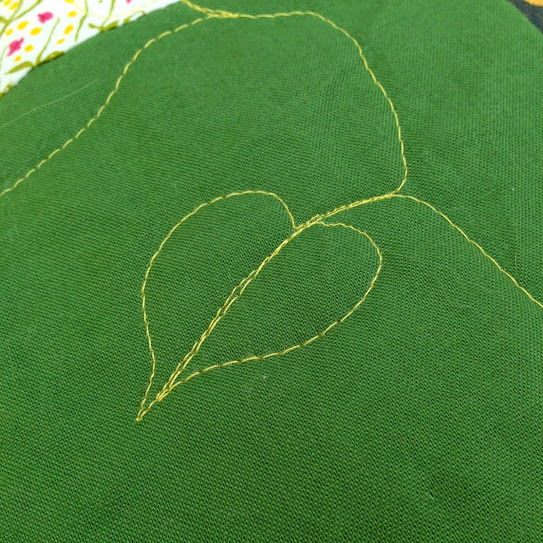 And to add more projects on my to-do list, I was randomly selected as the winner of last month's 'A Year of Finishes' and got a charm pack of my choice from Stitches n' Giggles in which I picked a patriotic one, just in time for.... Fourth of July? Well, I have enough time to prep I guess. 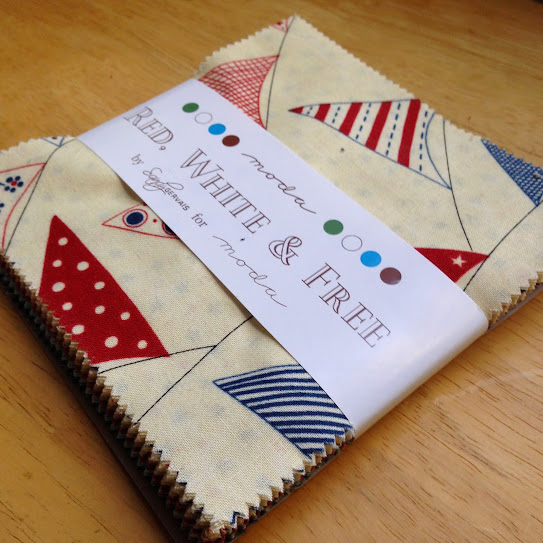 And before I left, I was able to squeeze in what will probably be my last Halloween creation for the year - Sam from the movie "Trick 'R Treat." 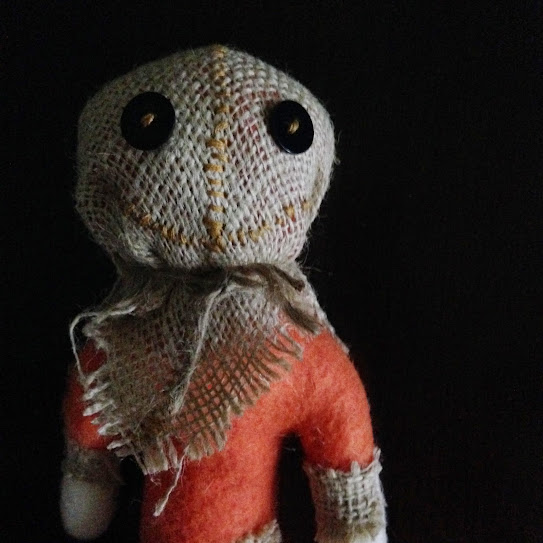 "Trick 'R Treat" features several short stories that are somehow intertwined. And a common character is Sam, who reminds the characters to respect the night of Halloween, and never to blow out your jack o'lantern too early or you'll face the consequences... 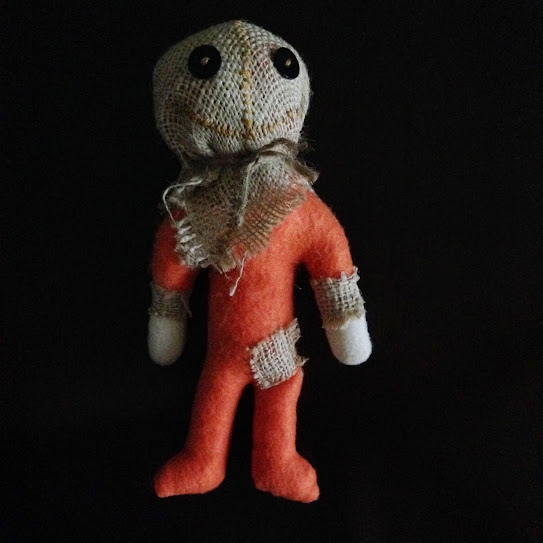 And carving our pumpkins will be the first thing I do when I'm back home on Friday.

Have a happy and safe Halloween!